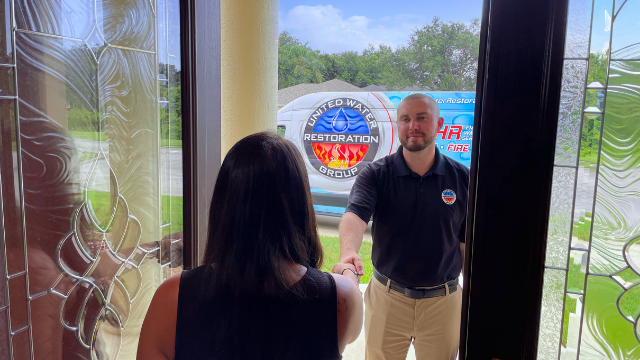 People don’t want to think about water damage. Nobody wants to think that all it takes is the right circumstances at the worst times to turn your world upside down in a soaking wet mess. Whether it’s a bursting pipe, a leaking roof, foundation cracks, or outright flooding, there’s no shortage of things that can lead to water damage.

If you find yourself dealing with water damage, two things are going to come to your mind at the beginning. You’ll ask yourself how much it will all cost, and how long the cleanup will take.

It’s tempting to try to take on the whole situation by yourself thinking that it will keep costs down, but that’s often not the greatest idea. United Water Restoration Group of Houston would like to take today to tell you some of the best reasons why you would be better off choosing a water mitigation company to take on water damage instead of doing it yourself.

Why You Should Choose A Mitigation Company

When dealing with water damages, you’re going to need more than towels, mops, and buckets to handle the job efficiently. A professional water mitigation company has the tools necessary to take on the job in a timely and efficient manner to confront water damage and prevent the spread.

With quick water mitigation, further water damage can be prevented. It’s also a first important step against mold infestations. When you’re dealing with water damage, mold is always a very real possibility, so getting a mitigation company on-site quickly is important.

If your property is well maintained and you have proper insurance coverage, then it’s usually cheaper to use a company instead of trying to pay out of pocket. This is almost enough reason on its own to use a water mitigation company.

At United Water Restoration Group of Houston, we’re more than just a mitigation company. We offer a variety of other services in addition to mitigation including water damage restoration which will come in handy when the initial cleanup and mitigation is completed.